Madison, Wis. (February 3, 2015) – The Campus Community Choir, an ensemble at Edgewood College with a rich 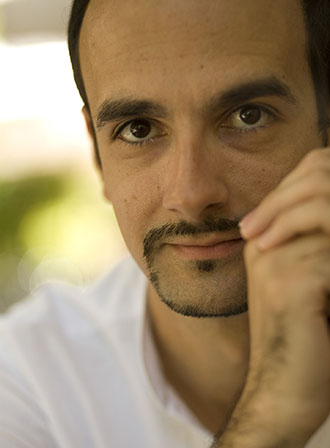 tradition, welcomes vocalists from Greater Madison to join its ranks for rehearsals and concerts. New director Sergei Pavlov says ability and even language are no barrier to interested musicians.

“We are seeking men and women who love to perform choral works, and we hope these new community members reflect the rich diversity of Greater Madison and Dane County,” Pavlov said.

A native of Sofia, Bulgaria, Mr. Pavlov is fluent in Spanish, English, Russian and Bulgarian.

Prior to his arrival in the fall of 2014, Mr. Pavlov was conductor-in-residence of the National Opera Theater in Quito, Ecuador, as well as music director of Coro Mixto Ciudad de Quito, the national choir of Ecuador.  He studied choral and orchestral conducting at the Bulgarian National Conservatory, and received a doctorate in conducting from the University of Illinois. He has worked with the University of Illinois Opera Theatre, the Théâtre du Châtelet in Paris, the Quad City Symphony in Iowa, the National Repertory Orchestra in Colorado, and the Illinois String Orchestra, among others.

No auditions are required. Please call the Music Department at Edgewood College at 608-663-2845 for information.