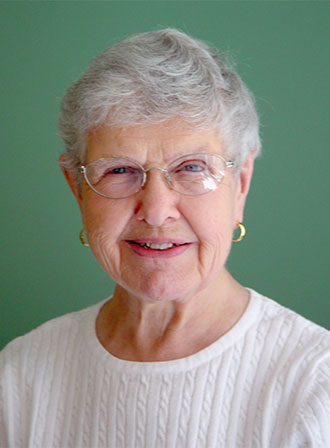 “Cecilia was a courageous leader at an important time in the history of Edgewood College,” President Scott Flanagan said in an interview with the Wisconsin State Journal. “She possessed a sharp intellect and wit, and I was grateful for her support, counsel and kindness. She will be greatly missed.”

Sr. Carey served as president of Edgewood College from 1967-1977, and as prioress of the Dominican Sisters of Sinsinawa from 1977-1986. She began her teaching career in 1940 in River Forest, Ill., and through the decades that followed served students in Illinois, Nebraska, New York, and Wisconsin. She was also among the first Dominicans of Sinsinawa to serve as a missionary in Bolivia, South America.

Sr. Carey was born Aug. 17, 1921, in Casselton, North Dakota, the daughter of Thomas and Elizabeth (Mahon) Carey. She is survived by a sister, Mary Lois Carey, O.P.; a brother, Mark Carey; nieces; nephews; and her Dominican Sisters with whom she shared life for 76 years.

The funeral for Sr. Carey will be held at 10:30 am, Tuesday, August 16, 2016, at the Mother House at Sinsinawa, Wis. The service will be carried live via webcast at https://portal.stretchinternet.com/sinsinawa/.