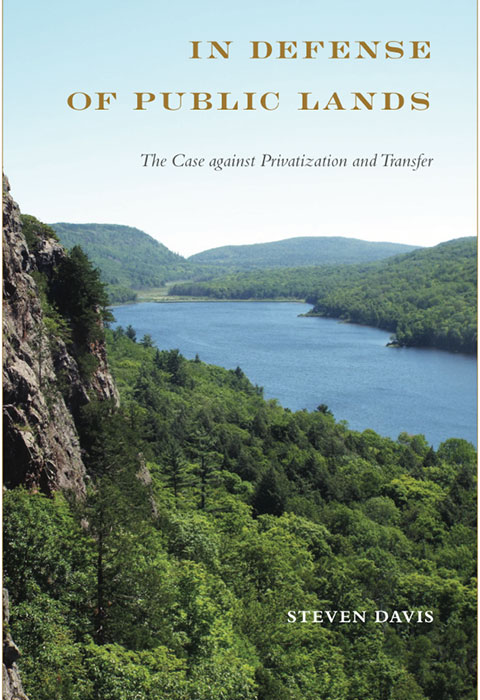 about his new book In Defense of Public Lands: The Case Against Privatization and Transfer at 7:00 pm, Thursday, July 19, 2018, at the Barnes & Nobles at East Towne Mall in Madison.

A portion of book sales on this evening will benefit the UW Arboretum.

Dr. Davis holds both an M.A. and a Ph.D. in Political Science from Loyola University in Chicago.
###