Edgewood College occupies land formerly inhabited by the mound builders and recognizes the physical remnants and the spirit of their rich culture. Effigy Mound culture is believed to have existed during the Late Woodland Period (650 - 1200 A.D.).

These earthen sculptures were constructed by first creating an outline; the use of various shapes and the representation of animals holds significance to the Effigy Mound culture. The high-quality soil used to build the mound was transported from distant areas as evidenced by soil samples taken from the mounds. Very few ornamental pieces are found inside the mounds, with exception of shells, pottery shards, copper, and occasionally burial remains.

The placement of effigy mounds often tells a story, although the story of the Bird Effigy Mound is currently unknown. The Bird Mound was originally surveyed with a wingspread of 260 feet, but currently measures 200 feet due to the construction of the sidewalk and Woodrow Street. The Edgewood College campus is currently home to several conical, linear and effigy mounds, including one bird, one bear, and one panther mound.

Since 1927, when Edgewood College was first established, the Sinsinawa Dominican Sisters have vigorously pursued efforts to preserve the mounds across campus. Today, we continue this tradition by using best practices when caring for the mounds and engaging the local community in preservation efforts.

On October 8, 2018, Edgewood College administration created an important Land Recognition Statement acknowledging that the 55 acres of the Edgewood Campus exists on our local first Nation's land, the Ho-Chunk. This celebration and ceremony invited in the local Indigenous community, including many from the Ho-Chunk community, formally enacting the Land Recognition Statement and celebrating the accomplishments of the Indigenous People of Wisconsin.

We recognize the sacred land upon which Edgewood College exists. Our Dominican heritage, educational mission, and core values call us to be stewards of this land and the Native mounds located throughout our campus. We respectfully acknowledge our local First Nation, the Ho-Chunk, and the additional 11 Indigenous Nations of Wisconsin that have shaped our state's history and our local community. 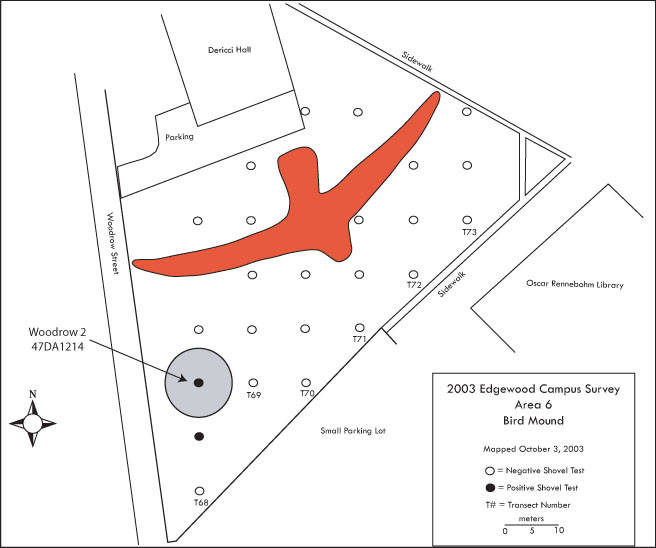 This document details the policies, procedures, and practices for caring for and maintaining each of the catalogued Indian effigy, conical, and linear mounds on the Edgewood College campus grounds, while valuing the cultural and historical significance of these mounds. All mound care and oversight will be performed in accordance with the Wisconsin’s Burial Sites Preservation Law (Wis. Stat. § 157.70) and guidance from the Wisconsin Department of Natural Resources’ Burial, Earthworks, and Mounds Preservation Policy and Plan (DNR Plan). This plan was designed in partnership with the Ho-Chunk Department of Heritage Preservation.

Cultural Resources are open and accessible to the public for educational purposes or for traditional use by indigenous people. Any use of cultural resources cannot have soil disturbance activities. Prior approval is needed for use of the mounds, and the approval is at the College’s discretion. To organize any activities that involve Cultural Resources at Edgewood College, please contact the Director of Facilities.

Office of Mission, Values, and Inclusion