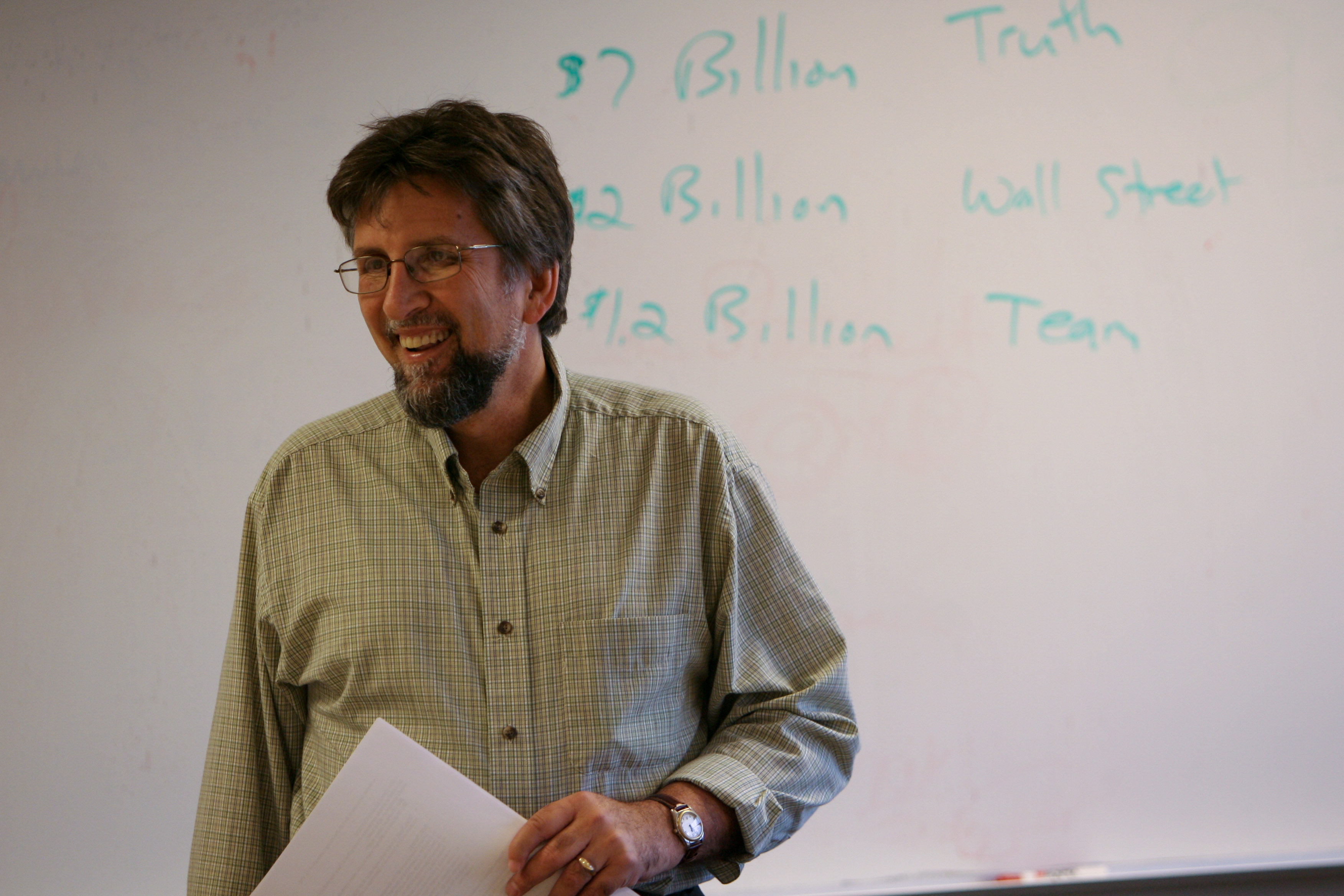 It is with great sadness that we share the news of the passing of Dr. Denis Collins on Thursday, February 25, 2021, surrounded by his family. Denis was named Professor Emeritus after his retirement in May 2020, having served as a long-term member of the faculty of the School of Business at Edgewood College. Denis is survived by his wife Dianne Jenkins and children Seth and Anna. He will be forever remembered by the hundreds of students and colleagues who have benefited from his work and friendship during his successful career as an academic, author, and noted ethicist. Continue reading about the myriad ways Denis enriched our community in John Leonard’s reflection below.

Thanks to generous gifts from Denis’s friends, family, and members of the Edgewood College community, the Denis Collins Service Appreciation Fund has reached its goal and a beautiful bench has been purchased in his honor.

We will dedicate this bench in Denis’s memory at 4:30 pm on Friday, June 11th near the Bird Effigy Mound, which he passed on his way to the office and home each day.

We hope that this provides a comfortable space for people to reflect on Denis’s life and for them to draw inspiration from his dedication to an ethical life of service.

Denis’ family has requested that future gifts made in memory of Denis will be designated to the Denis Collins Memorial Scholarship, which is a rejuvenation of a fund he created to help Edgewood College students in financial need purchase textbooks for their classes and will also provide scholarships. If you wish to make a gift to this fund, please use the form at the bottom of this page, or call Edgewood College at 608-663-2366.

Denis’s family will hold a memorial service to celebrate his remarkable life at 2 pm on Saturday, June 12 at 2 pm at Holy Wisdom Monastery in Middleton, WI. In-person attendance is possible and this will also be live streamed via their website at holywisdommonastery.org .

At Edgewood College, Denis was a member of many committees and was always a strong voice amongst the faculty. He made important contributions to the field of business ethics, authoring several books which are considered core texts in the field. He was a voice of reason in the School of Business and served as a source of constant support and mentorship to those who led the School from its inception until his retirement. Denis was the recipient of many awards for his service, teaching, and mentorship during his time at Edgewood College and UW-Madison.

During our Heritage Celebration in 2011, Denis received the Mazzuchelli Medallion in recognition of “his unflagging dedication to building a just and compassionate world as widely evidenced through his passionate devotion to writing, teaching and awakening young minds.  …Denis also exhibited great leadership in building our community’s capacity around sustainability initiatives, exemplifying the connections between learning, beliefs and action. With Denis as co-chair, the Campus Sustainability Coordinating Team helped to advance Edgewood College’s achievements in ecological, social and economic resilience. He engages his students in valuable opportunities for seeking truth, engaging the community, building partnerships and demonstrating justice and compassion.”

We wish to thank Denis not only for his service to our students and to Edgewood College, but for giving of his time and emotional support to the College and greater Madison communities. His calming presence and ability to view situations from ethical and moral perspectives will be greatly missed. Denis will also be missed for his willingness to speak honestly without regard for consequence and his passion for advocating for those deprived of opportunities to advocate for themselves.

As Denis would often end conversations, letters and emails:  NAMASTE! (The Light in me recognizes the Light in you.)