Steve Davis, Professor of Political Science, has had a busy year.

His new book, In Defense of Public Lands: The Case Against Privatization and Transfer, was published in June 2018 – ahead of schedule. 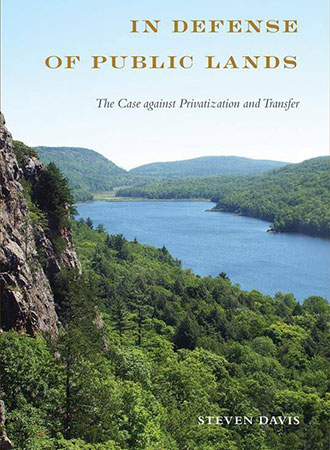 His work has received acclaim from reviewers, and he’s been making an impact on the Madison community by speaking at Barnes & Noble, A Mystery to Me (a local bookstore) and other locations in Greater Madison.

“It’s really important for faculty members to connect their scholarship to the larger community in a way that makes it relevant and impactful,” Davis said. “In this way, one’s research can become a form of service.”

“At these events, I offer a synopsis of the main argument of my research that public land is an unbelievably valuable asset for the American people, biologically, economically, and politically, and that privatizing it would be an absolutely terrible mistake,” Davis said.

Dr. Davis holds both an M.A. and a Ph.D. in Political Science from Loyola University in Chicago.