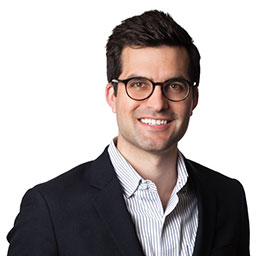 "In smaller classes, you have to interact, and I think that was helpful for me.”

It’s been quite a journey so far, but Daniel Butz ’08 says it finally feels like he’s home. Dr. Daniel R. Butz, M.D. – as he’s known now – is one of the newest plastic surgeons at Quintessa Aesthetic Centers,  a Wisconsin-based collective of plastic surgeons and aesthetic providers.

Now married and the father of three, he and his wife make their home in suburban Milwaukee. Graduating with a BS in Biology, he went on to medical school at the Medical College of Wisconsin.

“I realized pretty quickly in medical school that I wanted to do something surgical,” Butz said. “You do rotations to get a sense of the fields.” 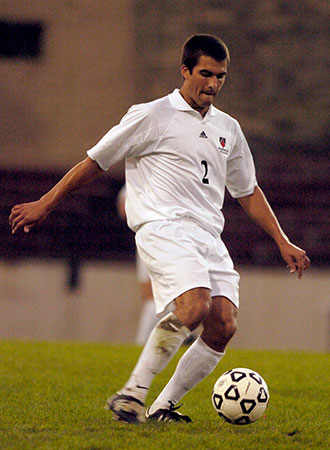 As he progressed, there was something about plastic surgery that especially intrigued him, and it has nothing to do with what might be a popular notion about his area of specialty.

“Plastic surgery is a very broad field,” Butz said. “There is the aesthetic component of it that gets the majority of the attention, but that’s really only about twenty-five percent of the work.”

“I worked in a burn unit and interacted with plastic surgeons who were doing burn reconstruction, hand surgery, and other types of surgery, and I just appreciated their problem-solving approach and the finesse they showed when dealing with the human body,” Butz said.

After completing medical school, Butz moved on to a six-year residency at the University of Chicago. There he worked mostly with cancer patients, and patients who were victims of trauma and violence.

The photo above is from a medical mission trip to the Dominican Republic where Butz and the medical team he served with repaired cleft lips and palates – often routine in the U.S. but especially life changing in developing countries.

Butz, one of only a handful of Eagle student-athletes honored with the Academic All-American award, says being on the Eagles soccer team during his undergraduate years “was great.”

“It gave me a core group,” he said. “It helped make me more efficient with my work, because you had to be.”

But is wasn’t just the time-management skills that got him to where he is today. Butz says the “college town” atmosphere played a big role as well – with a catch.

“Growing up, I had a tendency to sit in the back of the class,” he said. “If I had been at a larger school, it might have been easy to disappear. But in smaller classes, you have to interact, and I think that was helpful for me.”

That, and certain faculty in Biological Sciences, and in Chemistry, Geoscience and Physics, helped shape a future of “helping patients restore their sense of self.”

“Francie Rowe, Jim Goll, Louise Stracener – they all stand out,” he said. “I was able to interact with them a lot through the years. I felt like they were really invested in my education, and in my future.”