Madison, Wis. (April 18, 2016) – Edgewood College is pleased to announce that senior Marissa Blackmore has received the Jack Keating Student Civic Leadership Award. The award is presented by the Wisconsin Campus Compact. Ms. Blackmore received the award today, April 18 at the Medical College of Wisconsin in Milwaukee, as part of the Civic Engagement Institute.

The Jack Keating Student Civic Leadership Award recognizes up to three students or teams of students that have taken a leadership role in creating change in their community. The purpose of this award is to honor 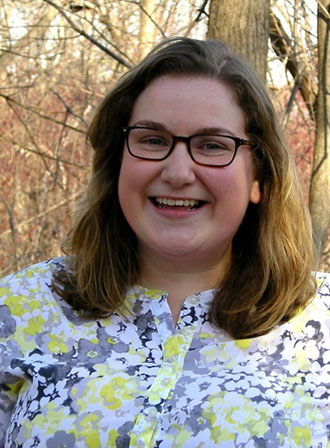 students who work toward fulfilling the civic mission of their institution and Wisconsin Campus Compact.

Blackmore’s contributions to Edgewood College include serving as a resident advisor and organizing blood drives and group service activities. In one of her most impactful campus contributions, Blackmore took a fledgling food donation program and turned it into a sustainable program that builds partnerships. When a change in campus foodservice put the program’s future in jeopardy, she worked with management to develop a system that allowed Edgewood College students to donate money from their dining services accounts. In two years, students donated more than $8,500 to food pantries in Madison.

Off-campus, Blackmore is an active civic leader. She is a beloved counselor at Camp Wawbeek, an Easter Seals summer camp for children and adults with physical and/or cognitive disabilities. In Madison, she served as a mentor for the PEOPLE program, offering guidance and support to at-risk high school students as well as providing academic tutoring. She also worked for the Community Support Network, a non-profit organization committed to providing comprehensive day-time services to individuals with developmental disabilities. During her internship there, she created a manual for client treatment plans that will be used well into the future.

To Blackmore, service is a way to make people feel that they matter. “It would maybe be easier to ignore the issues that don’t affect me,” she says, “but I feel it is my responsibility as a fellow human to stand as an advocate and support system for others who need a voice.”

For everything Blackmore has given to her communities at Edgewood College, in Madison and beyond, she is grateful for what she has gotten back.

“Honestly, I am humbled,” she says. “I would not have accomplished half as much as I have during my college years if it had not been for the community members who both challenged and encouraged me throughout the process.”