“Edgewood College is a vital part of greater Madison, and the support of that community—as well as our alumni and friends across the state, country, and world—is essential to sustaining our strength,”  Dr. Scott Flanagan, President of Edgewood College, said. “Gary has a proven track record of building relationships and generating philanthropic support, and brings great passion for the Mission and values of Edgewood College. I am thrilled to welcome Gary and his wife Melissa to the Edgewood College community.” 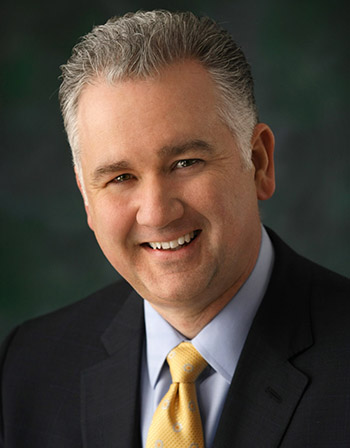 “From my first moments on campus I have sensed the warm, compassionate nature of the Edgewood College community,” Mr. Klein said. “I look forward to working in partnership with alumni, with faculty and staff, and with friends of the College in the Greater Madison community. Our Dominican heritage, paired with a liberal arts education, prepares our students to make a special difference in the world. I am honored to be a part of that mission.”

Mr. Klein previously served as Vice President for Institutional Advancement at Viterbo University in La Crosse since 2002. During that time, he developed and led the successful completion of a capital campaign that generated more than $40 million for Viterbo, surpassing the original campaign goal.

Prior to his work at Viterbo, Mr. Klein served for five years at St. Mary’s University in Winona, Minn., where he progressed from Director of Major Gifts to Vice President for Institutional Advancement.

Mr. Klein holds a BA in Elementary Education from the University of South Dakota and a Master of Arts in Philanthropy and Development from St. Mary’s University.