Responding to Covid-19
Madison, Wis. (July 15, 2019) - Paul Baker Prindle ’06 will join California State University, Long Beach as Director of the campus art museum, following his directorship at University of Nevada, Reno. Highly experienced in capital expansions and capacity building, Baker Prindle will work with stakeholders ahead of a significant expansion, as 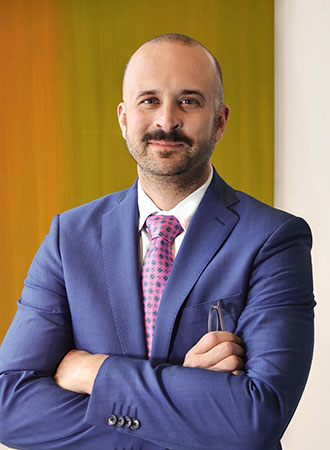 the University Art Museum is transformed into the Carolyn Campagna Kleefeld Contemporary Art Museum, or the Kleefeld Contemporary for short. He has opened two new museums in the past ten years while also engaging in major acquisition and program innovation initiatives. He looks forward to deepening the museum’s commitment to collecting and sharing exceptional contemporary art.

Baker Prindle’s professional practice emphasizes diversity, inclusiveness, and viewer participation in arts programming, while serving an expansive community of art viewers and makers. An advocate for growing museums into higher quality, community-facing institutions, Baker Prindle has developed programs that serve students, school districts, community elders, and marginalized populations. He has successfully built two museum permanent collections that challenge pervasive collecting shortcomings through diversifying museum holdings to be more inclusive and to better reflect the communities museums serve. He works to support and collect the work of self-taught artists, LGTBQ artists, Indigenous Americans, and artists who identify as women. Most recently, his collecting efforts at The John and Geraldine Lilley Museum of Art grew the percentage of works by women in the museum’s collection from 3% to 47%.

His past curatorial work includes well over one hundred exhibitions. He co-curated Air, Land, and Seed, a collateral exhibition at the 2013 Venice Biennale, and has worked alongside artists to organize SEE HER: New Works by Dyani White Hawk and many other projects. He is a contributor to the forthcoming catalogue David R. Harper: My Own Personal Ghost. In January 2019, Baker Prindle opened the John and Geraldine Lilley Museum of Art at University of Nevada, Reno, where he taught and directed University Galleries for six years. He has held positions at Gagosian Gallery, Edgewood College, and John Michael Kohler Arts Center.
###