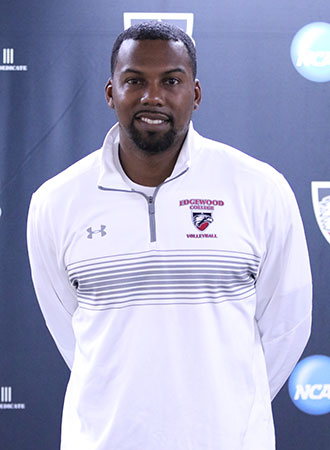 “This is an awesome time for Edgewood College Athletics,” Al Brisack, Director of Athletics, said. “We are bringing Southwest Wisconsin its first collegiate men’s volleyball program. The Madison area has had such a rich tradition of boys’ volleyball that it seems overdue for us to be adding this great sport.  Coach Thomas has been a part of this strong tradition.  He’s competed at the elite levels, coached at every level leading to this position and certainly brings a great passion for the men’s game.  Going through the process, JT seemed to be the natural fit to lead this new program.  In the next year, fans will be excited to see what Coach puts together and how much energy his program will bring to the Edgedome.”

Thomas is familiar with Edgewood College, having served as an assistant coach under Paul Schlomer with the Women’s Volleyball team for the 2016 and 2017 seasons. He also served as a strength & conditioning coach for the Eagles during that time.

“I was absolutely ecstatic when Al called me about this opportunity and stated that it was long overdue in this area,” Thomas said. “I cannot wait to take this head-on and really sink my teeth into the chance to not only keep the young, gifted and bright players in this area close to home but to also let other regions know that the Madison area has talent. I’m eager to get back into the men’s game and look to make an immediate impact within our conference in 2021.”

Last season, Thomas served as the head coach for the Women’s Volleyball Team at Madison College. He led the Wolfpack to a 16-12 season and an 8-4 conference record.

In June 2019 Edgewood College announced Men’s Volleyball will join its varsity sports lineup with competition slated to begin during the 2020-21 academic year.
###