Madison, Wis. (September 4, 2019) – Edgewood College is honored to welcome Professor Frank Tuerkheimer, who will deliver a lecture “The Auschwitz Camp and the Efforts to Punish Those Who Administered It.” 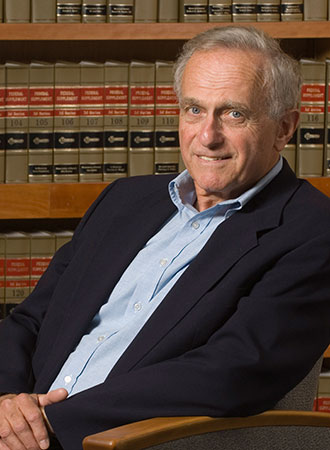 Greater Madison is invited to join students, faculty and staff at 7:00 pm on Thursday, September 19, 2019, in Anderson Auditorium. There is no admission charge.

Professor Tuerkheimer will discuss Auschwitz in it capacity as both a death camp (1,000,000-1,100,000 Jews were murdered in the gas chambers upon arrival) and as a concentration camp (those not immediately murdered were forced to assist in the administration of the death camps, and were systematically under-clothed, underfed and overworked until they too were murdered.)

The lecture will delineate the efforts to punish the SS men who administered the camp, focusing on the Frankfurt Auschwitz trials brought by the prosecutor for the state of Hesse in Germany between 1963-1965.

This lecture, open to Greater Madison, is a component of “Jewish-Christian Dialogue in the 21st Century,” a class offered by the Religious Studies Department at Edgewood College.

Frank Tuerkheimer is Professor Emeritus at the University of Wisconsin Law School. He is co-author of the book Forgotten Trials of the Holocaust.
###