Detention at the Border of Language
~ 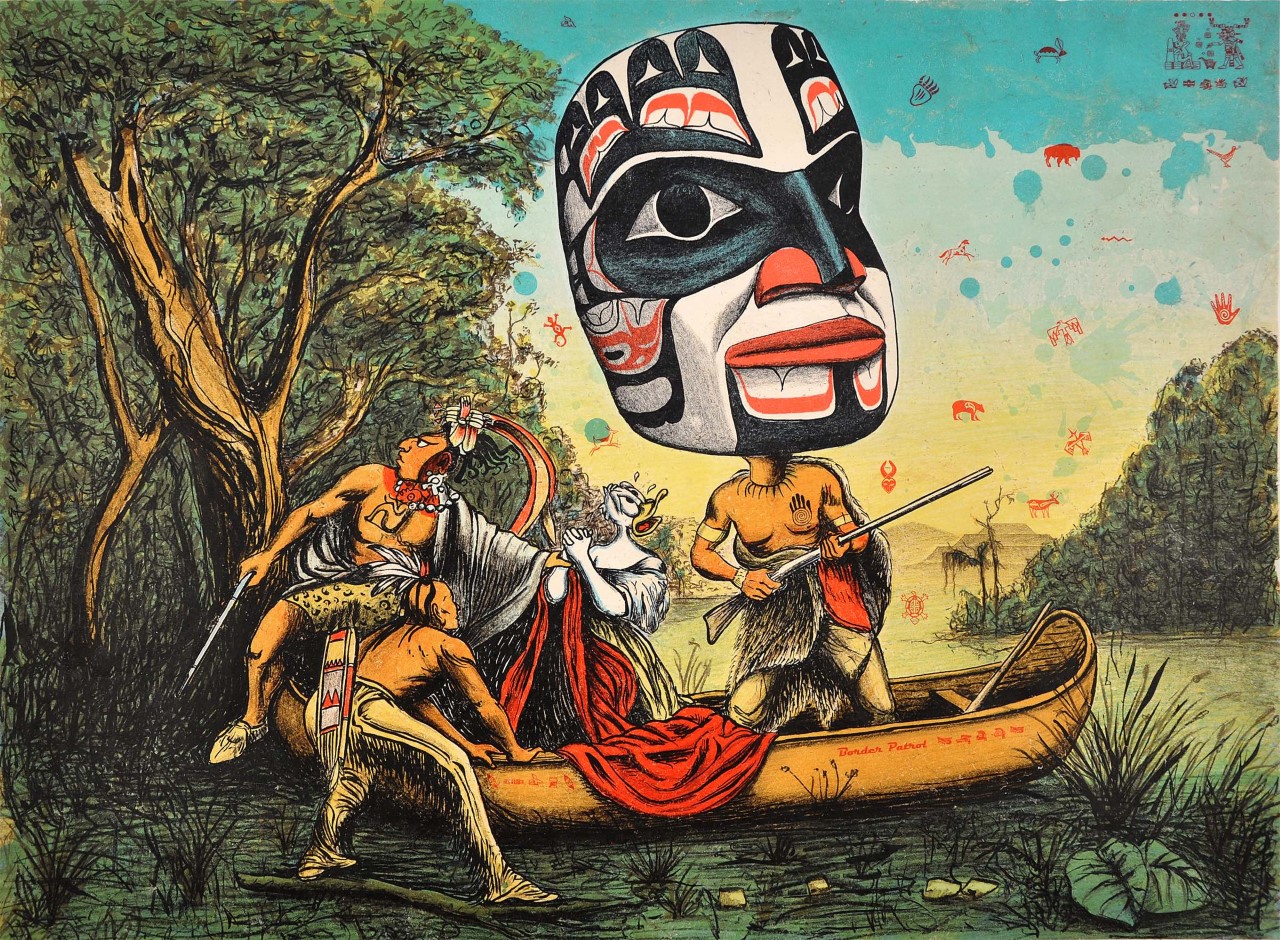 Through these seemingly harmless characters, Chagoya examines the recurring subject of colonialism and oppression that continues to riddle contemporary American foreign policy. Over the past decade, Chagoya’s politically charged paintings and prints apply humor and satire to focus on issues of illegal immigration, racial stereotypes, and xenophobia in the post-9/11 world.

Detention at the Border of Language celebrates his 2021 Lifetime Achievement Award from the Southern Graphics Council International, presenting four codices and six prints from Chagoya’s ongoing printmaking collaborations with Shark’s Ink in Lyons, CO and Magnolia Editions, in Oakland CA. Three of the codices and two prints have been completed in 2020 and 2021, during the COVID pandemic. Chagoya will give a keynote lecture at the SGCI 2022 conference at UW-Madison, March 16-19, 2022, and Edgewood College hosts a public conversation between Enrique and Bud Shark, Shark’s Ink, on Friday, March 18 from 12:15 – 1:15 p.m.

Enrique Chagoya is currently Full Professor at Stanford University’s Department of Art and Art History and has been exhibiting his work nationally and internationally for over two decades. A major retrospective organized by the Des Moines Art Center in Iowa in 2007 traveled to UC Berkeley Art Museum and the Palms Spring Art Museum in 2008. His work can be found in many public collections including the Museum of Modern Art in New York, the Metropolitan Museum of Art, the Whitney Museum of American Art, San Francisco Museum of Modern Art, and the Fine Arts Museums of San Francisco among others. He has been recipient of numerous awards such as two NEA artists fellowships, one from the National Academy of Arts and Letters in New York, residencies at Giverny and Cite Internationale des Arts in France, and a Tiffany fellowship to mention a few.

Edgewood College gives special thanks to Enrique Chagoya, Shark’s Ink and Magnolia Editions for their generous cooperation. Additional thanks to Art Industry and Douglas Art & Frame for specialty display, and to SGCI and the Rowland Fund for exhibition programming support. David Wells, Curator

Gallery Hours:
The Gallery is closed during summer and college breaks