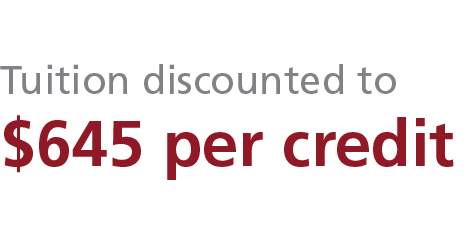 Our program is geared toward:

Our 22 credit initial license sequence can be applied toward a 34 credit Master’s of Arts in Education.  Classes are offered face to face in the evenings and incorporate blended/online delivery formats.

As an Edgewood College graduate you’ll earn more than just certification to receive a license, you’ll be prepared and empowered to be an effective classroom teacher.

Our courses are designed to challenge, explore and foster the development of culturally-responsive teaching practices to educate students in secondary schools. Culturally responsive teaching connects students' cultural knowledge, prior experiences, and performance styles to academic knowledge and intellectual tools in ways that legitimize what students already know. Teachers who complete ASP are individuals who transcend their own cultural biases and preferences to establish and develop patterns for learning and communicating that engage and sustain student participation and achievement. 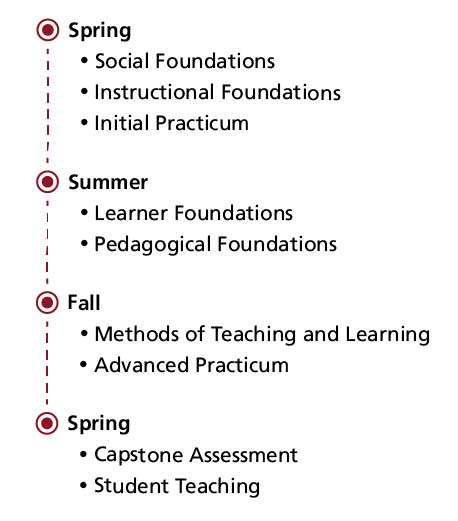 Our small class size promotes a sense of community and facilitates individualized instruction.

Edgewood College has been recognized by U.S. News & World Report as a “Best National University,” among “America’s Best Colleges” by Forbes, and a “Best in the Midwest College” by Princeton Review

Our faculty offer responsive and supportive advising and are dedicated to helping you meet your individual and professional goals.

Master of Arts in Education: additional coursework requirement for the Master’s

When a candidate also seeks a Master of Education degree, completion of the following courses is required, in addition to those the Secondary License Sequence (34 credits total):

Licensure in English as a Second Language (ESL 395) may be secured by ASP candidates through the addition of three ESL courses. ESL (395) license allows the license holder to teach the English language to English Language Learners while supporting core academic subject instruction provided by the classroom teacher at the grade or developmental level specified on the license. ESL Course Site

Edgewood College is committed to making a life-changing education more affordable and accessible to more people than ever before. As part of the Graduate Affordability Promise, courses in the Secondary Licensure program are now $645 per credit.

Based on current tuition rates, the estimated total tuition cost to complete the license requirement would be approximately $15,894.

Another 12 credits complete the Master’s degree (34 credits total). These credits are offered at the regular graduate tuition rate of $997 per credit. The projected total tuition cost to achieve both the license and the Master’s degree would be $24,186.

Graduate students are eligible for financial aid in the form of Federal Stafford Loans. Learn more about Stafford Loans, including eligibility requirements and application instructions.

Our admissions and financial aid counselors have worked with thousands of students who have questioned how they could afford to complete their graduate education. They will use their experience to suggest creative solutions for financing your education. We work with students and organizations to manage tuition reimbursement plans, extend tuition discounts to various corporate partners in the region, offer third party billing and monthly payment plans, and work with veterans to maximize their available aid.

The priority application deadline for the Accelerated Secondary Program is December 1.

All required application materials should be submitted by the deadline. Applications received after the deadline will be reviewed on a case-by-case basis.

You may submit up to 12 semester hours of graduate credit for consideration of transfer to Edgewood College for application to a degree program. Approval of the respective department is required. To be considered for application to a degree program, a course must have been taken within the past five years. For more information about transfer credits, please contact your admissions counselor.

Jesslyn Hollar is an Assistant Professor and Program Director of the Accelerated Secondary Education Program (ASP) in the School of Education. She teaches undergraduate and graduate courses in the School of Education. Prior to working at Edgewood College, Jesslyn directed an Alternative Pathways to Teaching program at Central Washington University. She also taught English at James Madison Memorial High School and Operation Fresh Start in Madison. Jesslyn’s research interests include place-based and community-driven teacher education, democratic schooling and processes of knowledge mobilization in educational policymaking.

Donna Vukelich-Selva is an Associate Professor in the School of Education. Before she began teaching at Edgewood College, Dr. Vukelich-Selva founded and ran a study abroad program for US college students in Nicaragua, and taught at a K-12 bilingual school in Managua, Nicaragua. Donna teaches both undergraduate courses in the School of Education, as well as graduate courses in the CTELL/TESOL program. She also teaches in Edgewood’s COR program for freshman students, offering a course on the history of immigration in the United States that is cross-listed with Ethnic Studies. Among her college responsibilities, Donna serves on the advisory board for Edgewood’s Center for Multicultural Education. Donna’s research interests include critical race theory, education and immigration, bilingual education and restorative justice. She has been active in the Madison community for many years.

Angela Bazan earned her bachelor’s degree in Education from the UW-Whitewater in 1998. She went on to earn her master’s degree in education with an emphasis in curriculum and instruction from the same institution in 2010 She has been teaching social studies at Deerfield High School since 1998 where she teaches a wide variety of subjects including U.S. History, Sociology, Diversity, History of the Holocaust, American Government and Advanced Placement Government. In addition, she teaches the Social Studies Methods courses at Edgewood College in Madison. Angela grew up with a love of history and enjoys fueling that passion by igniting the same interest in her students.

Joan Lampert has been a lifelong learner and educator.  She was a school based social worker for 35 years serving both in Michigan and in Illinois.  She  holds an MSW (the University of Michigan); an MSEd in Administration and Supervision (Roosevelt University) an Ed.D in Curriculum and Instruction (Northern Illinois University) and was a post-doctoral scholar at the Harvard Graduate School of Education. Dr. Lampert  ( or Joan- whichever fits) has taught a variety of graduate and undergraduate courses including Adolescent Development; Curriculum Development and Implementation; Research; Chemical Dependency.  Her research interests focused on Adolescent Bullying; Prevention and Intervention Practices. She has said that she has been married forever, and has two grown daughters and two grandchildren- all of whom live here in the Madison area.

Rainey is the Director of Elementary Education in the Middleton Cross Plains Area School District. Prior to coming to Middleton, Rainey served as a physical education teacher and principal in Madison and Sun Prairie. Rainey obtained his doctorate from Edgewood College and his dissertation was on factors that promote or impede success for African American males from the student perspective. Rainey has been a strong leader in equity work around the state of Wisconsin. He has traveled to several school districts to not only share his story of growing up as an African American male who was placed in special education but also to share strategies for reaching all students. He has coined the phrase “From IEP to Ph.D.” Rainey has also played an instrumental role in the development of the Multi-Tiered Systems of Support (MTSS) process in the Middleton Cross Plains School District. As a principal, Rainey developed the mission of “Every kid, every day, whatever it takes!” His schools really worked to stay true to that mission and saw amazing gains in reducing behavior referrals, suspension rates, family involvement, and test scores. Rainey’s charismatic personality and openness help people feel comfortable to be open and honest and explore their own biases without judgment. In his free time, Rainey spends many hours in the gym watching his three daughters play basketball. He also enjoys traveling with his wife and daughters and catching up on movies.

Nancy Evans is a retired administrator from the Madison Metropolitan School District. She earned her undergraduate degree from Kentucky State University (an HBCU) and her master's from Cardinal Stritch University. Prior to coming to Madison, Nancy's career began as a classroom teacher in her home of Newark, New Jersey. During her years as a site-based educator, she held various positions at both elementary and middle school levels, and served as a middle school principal just prior to her retirement. Nancy's particular interests include: providing instruction that meets the needs of all students, best practices for reaching seemingly reluctant and disengaged learners, and supporting parents and families in becoming full partners in their students' education.

Fran Johnson is the Director of the Cross-categorical Special Education Program. She earned her Master’s from the University of Wisconsin Madison Department of Rehabilitation Psychology and Special Education while teaching in the Madison Metropolitan School District where she served as a Special Education teacher, Program Support Teacher, and Positive Behavior Support Team Middle School Teacher. Fran was an investigator on several Federal Grants, designed and implemented administrator and faculty staff development on K-12 Language Arts Standards, changes in IDEA (1991,1997,2001 & 2004) and developed and taught multiple Professional Development courses for general educators and special educators. During her public school career, Fran served as Cooperating Teacher, Teacher Trainer and Supervising Teacher to many students and teachers. In addition to her work at Edgewood, Fran serves as a trainer and consultant in the area of Positive Behavior Supports for area school districts. Current research focus is on Brain Targeted Teaching, Executive Function Strategy Instruction, and Culturally Responsive Teaching Practices. 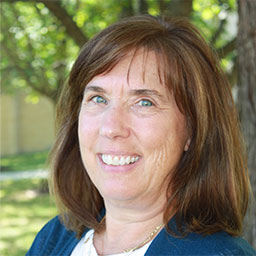